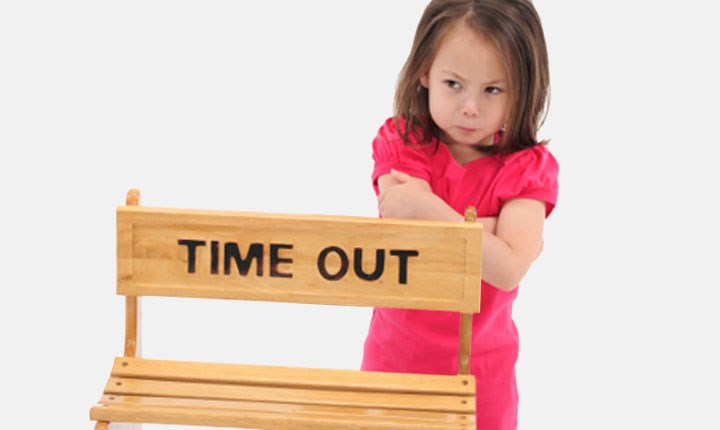 Do you use Time-Outs? They might actually be better for parents than for young children.  When frustration builds at repeated attempts at getting compliance, the easiest thing to do is send our child away so WE can cool off.  I have news.  Time-outs are actually “love with drawl” and research is showing how they can create anxiety in older kids and adults.

So why do we use this parenting strategy?  Well, time-out is actually an abbreviation for “time out from positive reinforcement,” a term developed by a colleague of B.F. Skinner’s when they were using it as a way of training laboratory animals. In an article in 1958 called “Control of Behavior in Chimpanzees and Pigeons by Time-out from Positive Reinforcement.”1 Skinner and his colleges outlined how food was offered as a reward for doing what the experimenters wanted, and sometimes they also tried punishing the animals by withholding food, or even by shutting off all the lights, to see whether that would “extinguish” the behavior. Within a few years, articles began appearing in these same experimental psychology journals with titles like “Timeout Duration and the Suppression of Deviant Behavior in Children.”2 Soon this intervention was being prescribed indiscriminately, and even discipline specialists who would have been aghast at the idea of treating children like lab animals were enthusiastically advising parents to give their kids a time-out when they did something wrong. Before long it had become “the most commonly recommended discipline procedure in the professional literature for preadolescent children”3

Mom, we are describing a parenting strategy that began as a way of controlling animal behavior.  First, Timeout is a parenting strategy pretty much is designed to make the child act or stop acting in a particular way.  A materialistic worldview holds that matter is all there is, and that we are simply a composite of inputs and outputs.  Those of us who don’t share this understanding must have 2nd thoughts about subjecting our children to something designed to use with animals.

You may not have thought of it that way. Indeed, you may insist that your love for your child is unchanged by his misbehavior. But what really matters is how things look to the child, not the parent.

This is because research shows that love withdrawal— deliberately ignoring a child or enforcing a separation— was typically combined with some other strategy. Regardless of which other approach was used, whether it was explaining or spanking, the addition of love withdrawal made it more likely that these very young kids would comply with their mothers’ wishes, at least for the moment. But the researchers were more concerned than reassured by what they saw, and they emphasized that they were not advising parents to use love withdrawal. First, they pointed out that “disciplinary techniques effective for securing immediate compliance are not necessarily effective . . . in the long run.”4 Second, they observed that “children may react to love withdrawal in ways that parents perceive as occasions for further discipline.”4 A vicious circle can be created, with kids crying and protesting, leading to more love withdrawal, leading to more crying and protesting, and so on. Finally, even when this technique did produce results, the researchers seemed uneasy about why it worked.

Many years ago, a psychologist named Martin Hoffman challenged the distinction between power-based and love-based discipline by pointing out that love withdrawal, a common example of the latter, actually has a lot in common with more severe forms of punishment. Both communicate to children that if they do something we don’t like, we’ll make them suffer in order to change their behavior. (The only remaining question is how we’ll make them suffer: by causing physical pain through hitting, or by causing emotional pain through enforced isolation.) And both are based on getting kids to focus on the consequences of their action to themselves, which is, of course, very different from raising children to think about how their actions will affect other people. Hoffman then proceeded to make an even more surprising suggestion: In some situations, love withdrawal might be even worse than other, apparently harsher, punishments. “Although it poses no immediate physical or material threat to the child,” he wrote, love withdrawal “may be more devastating emotionally than power assertion because it poses the ultimate threat of abandonment or separation.” Furthermore, “while the parent may know when it will end, the very young child may not since he is totally dependent on the parent and moreover lacks the experience and time perspective needed to recognize the temporary nature of the parent’s attitude.”5

2. Time-Outs put kids on the defensive, so real remorse is less likely.

4. Time-Outs SHAME kids and make them feel like they’re bad people who must be punished.

6. Your child is not motivated to will to cooperate, rather they may instead feel abandoned.

Luckily, you don’t need to use time-outs. Read on here in Part 2