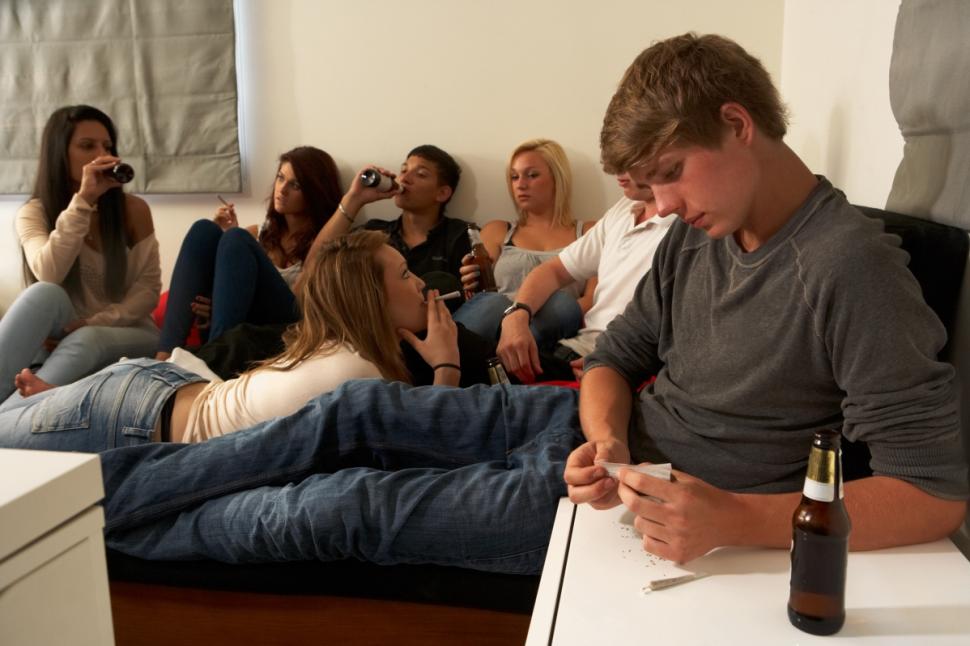 “Mom, can I go to Steve’s after school? I want to play his drums and some of the other guys are going to hang out also. I can eat dinner there, Steve’s mom said it’s fine.”

“Hmm, if your home by 5pm, because I thought we talked about your having some time together with your dad working on that go cart motor.”

“Mom, dad can fix it, he doesn’t need me. Beside, all he does is grunt when he’s working, he doesn’t talk to me anyway, except maybe to pass him a wrench. I’d much rather hang with my friends tonight.”

Or what about the tweenager who spends most of his time messaging his friends, texting and looking at Facebook and other social media, gossiping about who likes whom, sorting out who is a buddy and who an enemy, disputes over who said what to whom at school that day, etc.

When asked to do simple tasks around the house, he’s cranky, non compliant and defensive. “Stop bugging me,” he snaps at his father who, one more time, comes to remind him about schoolwork.

If these scenario’s sound familiar, it’s because they are familiar. Too familiar, in fact. Today many parents intuitively know that something is amiss, but at a loss to define it. Children are not quite the same as we remember being. They are less likely to take their cues from adults, less afraid of getting into trouble. They also seem less innocent and naive—lacking, it seems, the wide-eyed wonder that leads a child to have excitement for the world, for exploring the wonders of nature or of human creativity.

Many children seem inappropriately sophisticated, even jaded in some ways, pseudo-mature before their time. They appear to be easily bored when away from each other or when not engaged with technology. Creative, solitary play seems a vestige of the past.

“As a child I was endlessly fascinated by the frogs and the trails in the woods behind my house. I would spend hours creating stories as I dug in the dirt and walked among those trees, one mom recently told me. “And yet, I can’t get my six-year-old son to play on his own, unless it’s with the computer or Nintendo or videogames.”

What send to be going on? Why do our kids prefer their peers over their parents?

Gordon Neufeld, author of Hold Onto Your Kids says that he thinks the culture had changed the context in which we effectively parent. Yes, parenting actually requires a context to be effective. A child must be receptive if we are to succeed in nurturing, comforting, guiding, and directing them. Neufeld says children do not automatically think that just because we love them or think we know what is good for them or have their best interests at heart, that they should accept our authority. Stepparents are often confronted by this fact, as are others who have to look after children not their own, be they foster parents, babysitters, nannies, day-care providers, or teachers. Even with one’s own children the natural parenting authority can become lost if the context for it becomes eroded.

Developmentalists—psychologists or other scientists who study human development—call this context an attachment relationship. Neufeld believes that for a child to be open to being parented by an adult, he must be actively attaching to that adult; to be wanting contact and closeness with him. At the beginning of life this drive to attach is quite physical—the infant literally clings to the parent and needs to be held. If everything unfolds according to design, the attachment will evolve into an emotional closeness and finally a sense of psychological intimacy. Children who lack this kind of connection with those responsible for them are very difficult to parent or, often, even to teach.

Neufeld says the culture no longer supports the type of attachment and connection we need to foster connection with our children. For example, when we’re at the store and our kids are running wild, the first thing another observer most likely thinks isn’t that we need to attach to them, but that our children most likely need some discipline or a good spanking. While this may or may not be the case, discipline follows from attachment. This is because behavior is an outward manifestation of the internal world. Yes we do have to train our children and disciple them in making good choices. Yet they’re actually choosing to make those choices stems early in life from the attachment and connection we share with them.

Part of the problem, Neufeld says, is that as parents many of us struggle to live up to our image of what parenting ought to be like. Not achieving the results we want, we plead with our children, we cajole, bribe, reward, or punish. We hear ourselves address them in tones that seem harsh even to us and foreign to our true nature. We sense ourselves grow cold in moments of crisis, precisely when we would wish to summon our unconditional love. We feel hurt as parents, and rejected.

We blame ourselves for failing at the parenting task, or our children for being recalcitrant, or television for distracting them, or the school system for not being strict enough. When our impotence becomes unbearable we reach for simplistic, authoritarian formulas consistent with the do-it-yourself/ quick-fix ethos of our era.

As a result, children are increasingly forming attachments that compete with their parents, with the result that the proper context for parenting is less and less available to us. The chief and most damaging of the competing attachments that undermine parenting authority and parental love is the increasing bonding of our children with their peers.

For the first time in history young people are turning for instruction, modeling, and guidance not to mothers, fathers, teachers, and other responsible adults but to people whom nature never intended to place in a parenting role—their own peers. They are not manageable, teachable, or maturing because they no longer take their cues from adults. Instead, children are being brought up by immature persons who cannot possibly guide them to maturity.

Let’s turn this ship solidly around by seeking to attach through the practice of connection with our children. By educating ourselves and acquiring the skills that encourage connection with our kids, we can establish a relationship with them feels more desirable than drawing closer to their peers over their parents. It starts with us.