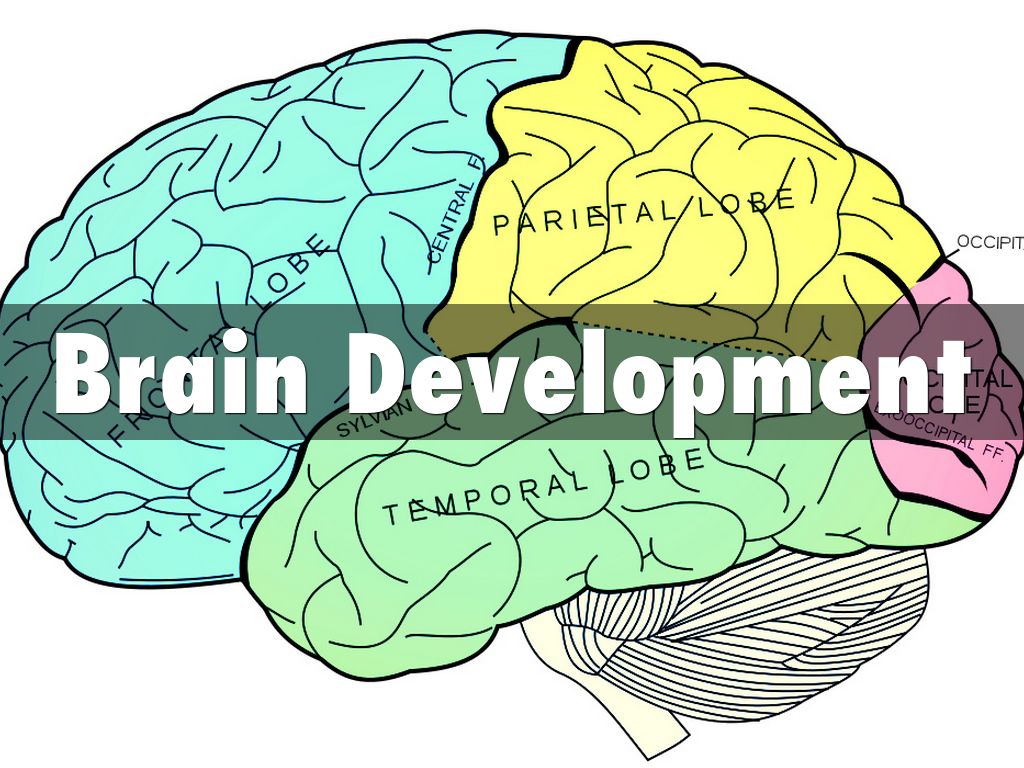 A Child’s Brain on Discipline: A Three-Part Series (Part 2)

(You can read part 1 of this three-part series here.)

The second Brain C is offers hope to parents everywhere, especially for those of us who may suffer from some regret or frustration in the choices we’ve made in her parenting.  The most important thing this 2nd C imparts is HOPE.

This is because your child’s brain is not only growing and developing over time, it’s actually changeable at any given point with repetitive experience.  This is the concept of “neuroplasticity,” which refers to the way the brain physically changes based on experiences we undergo.  As scientists put it, the brain is plastic, or moldable. Yes, the actual physical architecture of the brain changes based on what happens to us.  And…your kids.

For example, recent studies demonstrate that children who are taught to read music and play the keyboard undergo significant changes in their brain and have an advanced capacity for what’s called “spatial sensorimotor mapping.” “Musically naïve subjects were scanned using functional magnetic resonance imaging (fMRI) before and after they had been taught to read music and play keyboard. When subjects played melodies from musical notation after training, activation was seen in a cluster of voxels within the right superior parietal cortex consistent with the view that music reading involves spatial sensorimotor mapping.”2  In other words, when kids learn even the fundamentals of playing piano, their brains develop differently from the brains of kids who don’t, so develop proprioception differently regarding the things that surround their bodies. 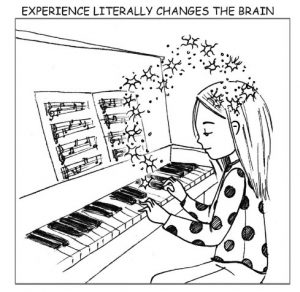 Neuroplasticity has enormous implications for what we do as parents.  This is because the choices we make in parenting actually directly influence how their physical bodies respond, must less they themselves (remember: we are a living soul).  Since we understand that experience changes the way our brain physically develops, as parents, we must take seriously how important it is that we parent our kids proactively instead of reactively, with a positive mindset rather than a punitive one.  The ways that we consistently interact with our children, how we communicate with them, how we guide them and train them to think about what they do and why they do it, all of these things affect how their mind and their brain is developing.  Sports, group activities, friendships, clubs, dancing, music, television and the types of movies they watch, the way we satisfy their pleasure centers whether through food or shopping, all of this affects them, which in turn directs their brain development.

This is because, as many of us know, there are connections in our brain cells called synapses which fire when different neurons are stimulated.  When they fire together repeatedly, they form a bond.   This begins to develop neural networks in that part of the brain.   If the experiences are repetitive, the bonds get stronger and new ones continue to develop.  One way neuroscientists have expressed the idea is that “neurons that fire together wire together.”  So you can literally rewire your brain, or, even better, your child’s. 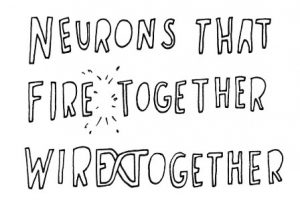 This is great news because if we made mistakes in the past, it’s never too late to learn.  It’s never too late to change the way you parent your children, and in turn make a difference in their still developing brains, (which actually continues until they are about 25).

Is it not truly amazing how God designed the brain?  Think about it, teaching our children to repeatedly worship the Lord when they are young actually creates neural networks in their brain that ingrains that experience physically in their lives!  Truly, “train up a child in the way they should go, and when they are old they will not depart” (Prov. 22:6)  Its amazing to think that we have an impact more than just on their soul, but how we can train their physical brains toward or away from the God we serve!

Therefore, our parenting must be proactive, rather than reactive.  We want to give our children opportunities we think will help them develop strong neural connections rather than weak ones. That’s what the whole child approach is about.  Not just their brain, but ALL of them.  After all, we don’t believe that we are just our brain, we know we are body and soul.  Therefore, how we affect their mind affects their brain and vice versa.

Read about the 3rd C here.

This post is adapted from Daniel J. Siegel’s, No-Drama Discipline: The Whole-Brain Way to Calm the Chaos and Nurture Your Child’s Developing Mind . Random House Publishing Group. (Reproduced with permission)